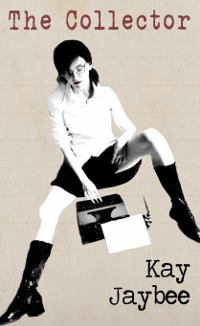 Re-edited, with a brand new cover, and two HOT new stories, Kay Jaybee’s first solo work of erotica is being re-released for a new generation of sexy story lovers!

Alongside each story, there is a short introduction explaining exactly how “the collector” came across the tale in the first place.

Are you brave enough to see if it was your supposedly private conversation she overheard – and then wrote down?

Buy The Collector now, or read as part of your Kindle Unlimited subscription: http://getbook.at/thecollector

Extract from The Scottish Fantasy

Stacie gasped as the door opened. The dark shine to the man’s slate eyes as he regarded her and her friend Kate was in danger of taking Stacie’s breath away, and he hadn’t even spoken yet.

Tall, broad, with a tanned face and short spiked hair, a hint of stubble shadowed his square chin. Obviously surprised to see two young women walking through the woods so late on a winter’s afternoon, the ranger ushered them inside his wooden hut.

Introducing himself as Rob—Like Rob Roy! Stacie’s inner voice shouted at her. How perfect is that!—he looked at them enquiringly, ‘I dunna ken what you’re doin’ here, hens.’

Kate laughed as she saw her friend’s confused expression. ‘He means he doesn’t understand what we want, honey. “Dunna ken” means “don’t know” and “hen” is the local term for girl.’  Turning toward the ranger, Kate smiled. ‘This is Stacie, and I’m Kate. Stacie hasn’t got her ear geared into the local accent yet; she’s American.’

‘I guess that means an American accent.’ The ranger spoke so softly, Stacie felt herself melting on the spot. ‘I rather like those.’

Ignoring her friend, whose eyes were on stalks, leaving her in no doubt that Stacie was on an internal lust trip, Kate said, ‘We’re really sorry to bother you so late, but could you tell us where we are? We seem to be on a much longer trail than we intended to be, and we’ve lost the track.’

Rob’s dark eyes bored into her as she spoke. Kate couldn’t decide if their presence mildly amused him, or if he was merely tolerating the interruption to his work.

‘We’ve run out of water as well. Could we fill up our bottles here, please?’

‘It’s a good job you stopped, hen.’ The ranger pulled a map off his cluttered desk and pointed a thick finger at a red dotted line. ‘You’re here, on the all day walk. It’s called that for sound reasons.’

When Kate had invited her friend over from the States for a couple of weeks exploring the Grampians of Scotland, Stacie had been thrilled. Not only could she catch up with her gorgeous friend and occasional lover, she could visit an area of the world that had always held a fantasy for her. Kilts, burly men in tight white vests, cabers being tossed, heather, whiskey, and mountains topped with snow.

The heather and mountains were a reality sure enough, as were the late night tots of warming whiskey she’d shared with Kate as they snuggled up together in the king-sized bed their Deeside hotel room provided. But until now, in this ranger’s office, hidden away in the woods near the flooded caves of Burn O’Vat, Stacie hadn’t seen anyone who even came close to the Celtic man of her late night fantasies.

Stacie felt mesmerised by the ranger. Despite the coldness of the late winter air he wore no coat, and his green sweater sleeves were rolled back to show arms honed by hard work. Forget kilts, this was as close to perfection as Stacie’s Scottish fantasy was ever going to get.

‘I’ll fill your bottles right enough, but if you’ll heed my advice, you’ll go back on the route you came. Far quicker and safer. It’ll be dark in about two hours.’

‘Thanks, I think we’ll do that.’ Kate watched as he took their empty water bottles over to his sink. His back view was as stunning as his front. The goldfish expression on Stacie’s face told her girlfriend that she was mentally undressing him, and Kate began to do the same.  Well aware that Stacie had serious fantasy issues where Scottish men were concerned, Kate wondered just how turned on her friend was. Did she have damp knickers? Were her nipples hard?

As Kate’s thoughts rambled, her own arousal began to tweak up a notch. Perhaps… She took a deep breath. Well, why not?

‘It must be lonely here, on your own all day.’ Kate knew the line was a bit lame, but she didn’t care. A sideways glance at Stacie showed that her lover had understood her intentions, and approved.

Rob didn’t look round. He didn’t need to. He could sense the two sets of eyes on his back; they were almost scorching him. Taking his time to fill the second bottle, the ranger thought the situation through.

Two of them, both hot totty. One a blonde, one a redhead. One English. One American. A tasty combination. Their bulky winter coats, sensible walking trousers and boots didn’t give much away, but he was willing to bet that once all the layers were off, they would be a sight to behold. He could be wrong, he supposed, but maybe…

Rob replied to Kate’s question. ‘I like it well enough, hen. I ken it’s quiet, but I like peace and quiet.’

‘So, you don’t get… lonely, then?’ Kate knew she was being blatant, but she didn’t care. If she could pull this off, it would be the perfect holiday present for her friend. Stacie, her mouth dry with anticipation, stepped forward. Pulling off her gloves to reveal pale hands with violently clashing purple nail-varnished tips, she took the full bottles from Rob’s hands. Making certain her fingers brushed his as she did so.

‘Thank you,’ Stacie purred as she passed one of the bottles to her partner. The tacit standoff that followed as tension rippled through the small office room-cum-workshop was eventually broken by Rob.

‘Would you lassies like something to warm you up before you go?’  His sentence, delivered in a deadpan tone, could have been suggesting something as mundane as sharing of a mug of hot chocolate, but his sparkling eyes hinted at so much more.

Stacie’s pulse quickened as Kate casually replied, ‘Well, if it’s not too much trouble, that would be lovely.’ Another normal sentence, but packed with enough eyelash-fluttering that she might as well have screamed out ‘Fuck us now!’

‘I was about to light the fire.’ Rob knelt at a small grate, already neatly piled with kindling. ‘Perhaps you’d like to lose your jackets for a while. When this takes, this place gets pretty hot.’

The girls’ eyes were drawn to the hopping, spluttering flames. They threw their coats over their backpacks, which they’d already dumped by the front door.

Taking his time with the fire, the ranger didn’t stir from where he crouched until it had taken to his satisfaction, and was smoking nicely up the chimney. Then, with a measured movement, he stood and faced his guests, who with unspoken agreement had divested themselves of far more than just their coats. Somehow Rob managed to keep his face passive as his eyes travelled from the top of each girl’s head down to their toes.

They stood naked. Holding hands. So, lovers in their own right, then. Nice. He smiled. It had been over fifteen years since he’d been with two women at the same time. A memory that kept him warm during the dark winter days and nights as he guarded the woodland and its wildlife.

Deciding against comment, Rob took a silent moment to choose which girl he’d treat rough and which one he’d simply treat. Then, with a pace that neither girl would have associated with the man whose previous movements had been so controlled and steady, he stripped…

Buy The Collector now, or read as part of your Kindle Unlimited subscription: http://getbook.at/thecollector 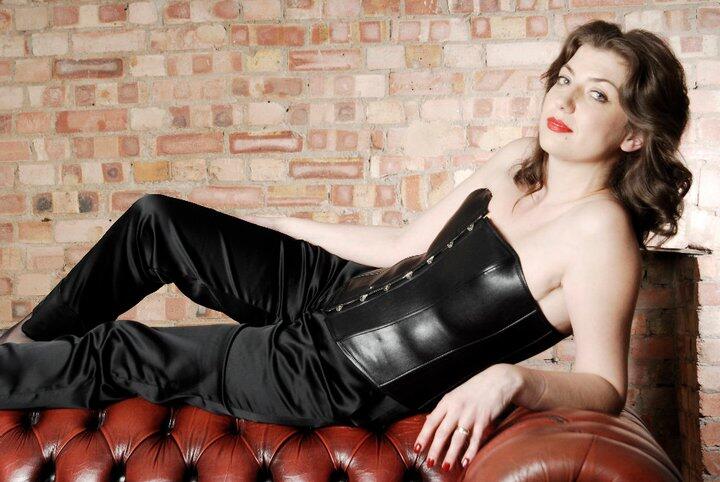 For over a decade Kay Jaybee has lived a nomadic existence across the British Isles, collecting stories as she travels.

Details of all her short stories and other publications can be found at www.kayjaybee.me.uk