What is steampunk? Well, I ought to have an answer for that, as it’s something I’ve frequently been asked as I stroll around in my top hat, goggles and bustle skirt, my trusty octopus familiar (the original Archie) by my side.

Like most things, it’s not all that simple. I can get it down to one word—retrofuturism—but only if I want to be met with baffled frowns and blank looks. The easiest way of explaining it to the uninitiated seems to be to invite them to think of Victorian science fiction, with HG Wells’ War of the Worlds, The Time Machine and The First Men in the Moon, or Jules Vernes’ 20,000 Leagues Under the Sea. 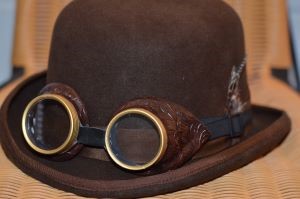 But that’s only part of it. The term “steampunk” was actually coined in the 1980s by American author KW Jeter, to describe the “gonzo-historical Victorian fantasies” he and his chums James Blaylock and Tim Powers were writing. It’s a clear reference to the already-established cyberpunk genre perhaps best exemplified by Philip K Dick’s Do Androids Dream of Electric Sheep, which was made into the movie Blade Runner.

So you might think steampunk, as a genre of fiction, is to do with the (re-imagined) past, whereas cyberpunk is to do with the (nightmare) future. However, there are many futuristic steampunk works as well as those set in a fantasy Victorian or Edwardian era. Post-apocalyptic fiction can still be steampunk: think of Mortal Engines by Philip Reeve.

So how do you know if a book is steampunk? Well, generally there will be a cog or two somewhere on the cover (I am not making this up). There may be Victorian themes, or a suggestion of clockwork technology stretched to breaking point. Lovecraftian horrors are a distinct possibility.

How do you know if a person is a steampunk? Actually, cogs may be your friend here too (although see also https://www.youtube.com/watch?v=TFCuE5rHbPA). Or goggles, often worn on the hat brim. If someone is going around in an outfit and with accessories that suggest they could be off at the drop of a cocked hat to take a starring role in an act of airship piracy or, as it might be, a battle with eldritch forces, they are probably steampunk. If they’re wearing an antique diving helmet, an Edwardian bathing costume, or a 1950s skirt with a predominance of occult themes, leather and lace, they’re quite possibly steampunk too.

It’s all very confusing. But that’s all part of the fun. 🙂

Question: I assume, if you’re here, you enjoy reading m/m romance. But what other genres or sub-genres of fiction do you enjoy?

Hi, I’m JL Merrow, and I’m delighted to be here today to celebrate the release of my new rom-com, Counter Culture, which features a clash of cultures between a socially conscious steampunk and a stressed-out department store retail worker. 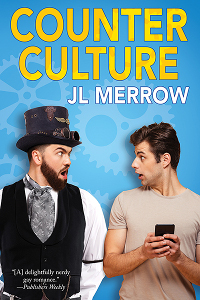 Customer service has never been this personal.

Robin Christopher, beleaguered retail worker, isn’t having an easy November. His boss is raising stress levels planning a Black Friday to end all Black Fridays, his family doesn’t understand him, and his best friend thinks his new crush is a hallucination brought on by watching too many episodes of Doctor Who.

Archie Levine dresses in Victorian style and divides his time between caring for his young son and creating weird and wacky steampunk gadgets from bits of old junk—when he’s not looking after his mum and trying to keep on good terms with his ex. The last thing he’s got time for is a relationship, but the flustered young man he met while disembowelling a fridge is proving very tempting.

When his mum’s social conscience is roused by a local store with a cavalier attitude to the homeless, former rough sleeper Archie shares her anger. Little does he know that Robin works for that same store. When Archie finds out he’s sleeping with the enemy, things could cut up very rough indeed. 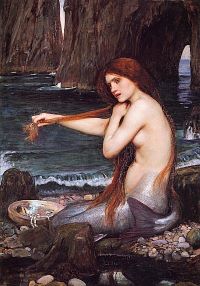 To celebrate this release, one lucky person will win a $10 gift card to Riptide. Leave a comment with your contact info to enter the contest. Entries close at midnight, Eastern time, on November 9, 2019. Contest is NOT restricted to U.S. entries. Thanks for following along, and don’t forget to leave your contact info!