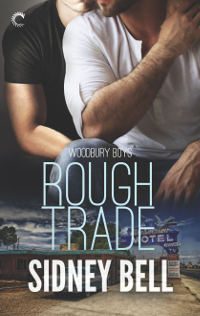 Something niggled at the back of his mind. “I know Wathers called you from the restaurant, but did he ever call you from his cell? In the last few days?”

Approval sparked in Rook’s eyes. “No. If Spratt’s men check his cell records, it won’t lead them here. They won’t find you.”

“They will,” Ghost said. “This buys me time. Nothing else. Eventually they’ll check his contact list and realize he happened to be near the neighborhood of an old cop friend when he died, and they’ll come looking.”

“No. He doesn’t—” Rook broke off. Took a breath. “Walt didn’t use his cell phone much. He was old school. Didn’t like technology. Annie—his daughter—gave it to him for emergencies and he kept it because he didn’t want her to worry, but I doubt he’s turned it on since he got it. He told me if I ever texted him he’d shoot me. I’d be shocked if he bothered putting in his contacts.”

“He’s never called you from home?”

“Yes, he has, but it was a couple of months ago. We don’t talk all that regularly since he retired. Don’t worry about them tracking you down, okay? They aren’t going to get to you.”

“Yes, I do.” Rook’s brows drew together, stormy and frustrated. “Now, about—”

Ghost laughed, light and pretty and not at all amused. “Well, if you say it’s true, it must be.”

“They aren’t getting to you,” Rook repeated, and his unyielding tone reminded Ghost of those hazy minutes days ago when Rook had said this will hurt badly before pulling him out of the crumpled Caprice. It was blunt, brutal truth, that voice, a statement of fact rather than opinion. There would be blood before Spratt got to Ghost inside this house.

“If he’s a corrupt cop who tries to enter without my consent or a warrant, yes.” Rook’s expression didn’t change. “I told you I’d keep you safe. I meant it.”

Ghost studied those wide shoulders, the thick forearms corded with muscle where his sleeves were rolled up, the big hands that would hit with the force of a Mack truck. It hadn’t occurred to him that they might strike to protect as much as to harm.

“Because you cared about Walt,” Ghost said. “That’s why.”

“Yes.” Rook was still staring at him, as if considering whether or not Ghost could be worth such a promise, an invasive stare that left Ghost uncertain about what conclusions Rook was coming to. Eventually that gaze dropped to his notepad, and the pressure that’d built in Ghost’s throat abruptly dissipated.

Quick-witted hustler Ghost is no stranger to living dangerously; survival has always been the name of the game.

Now he’s got the wrong people breathing down his neck, and the only way out demands placing his trust in the unlikeliest of heroes: Duncan Rook, a gruff cop whose ethics are as solid as his body.

Cozying up to a criminal is hardly what Duncan’s reputation on the force needs—especially when that criminal is temptation personified. Ghost is Duncan’s polar opposite, and the last person he expected to fall for.

So then why does every imaginable scenario for taking down their common enemy end with Ghost in his arms?

This book is approximately 122,000 words

Sidney Bell lives in Colorado with her amazingly supportive husband. She received her MFA degree in Creative Writing in 2010, considered aiming for the Great American Novel, and then promptly started writing fanfiction instead. More realistic grown-ups eventually convinced her to try writing something more fiscally responsible, though, which is how we ended up here. When she’s not writing, she’s playing violent video games, yelling at the television during hockey games, or supporting her local library by turning books in late.