Bonded by memories and blood, together they navigate the operation that has wider reaches than they could ever imagine. And when it comes to matters of the heart, Callen knows in order to win, he needs to risk it all. 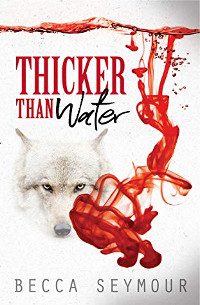 Heat rippled over my skin. The singed scent of hair clogged my ability to track the way out, leaving me momentarily cursing my stubbornness for going this alone. My boss would never let me live it down if I got myself charred to a crisp or killed. At least the latter would mean I wouldn’t have to listen to his pompous spiel about following protocol. The dick had it out for me. He had since I’d joined this team three years ago, and despite my success rate on missions, he hadn’t taken kindly to the son of the Blackheath alpha joining the Supernatural Investigation & Crime Bureau.

Creaking beams followed by the crash of timber had me blinking hard against the blackening smoke. There had to be a way out. While Brent, my division leader, thought I was foolhardy—or perhaps simply a fool—I had studied the schematics of the lab prior to entering. What I hadn’t planned for was Jonas Cartwright to set the damn thing on fire with me in it.

Focussed on pushing my senses beyond the sound of the licking fire and groaning foundations, I closed my eyes, hoping for a ripple, something, anything that would get me out of this situation. Two beats, three, four… but nothing. I could either stay planted, hoping a miracle would happen, or I could act. Neither seemed like a smart move but staying put and being roasted was not an option. The raw heat travelling up my arms, removing my hairs along the way, cried out for my retreat.

In barely a split second, my eyes shifted. While the heightened sight wouldn’t help with the smoke, the electricity had been tripped by the fire, and I needed all the help I could get.

I cursed up a storm in my head as I raced the way I’d come. With a leap over a toppled cabinet, a swerve away from the licks of fire trailing along workstation dividers, I swore the whole time I would find Cartwright and put him to ground once and for all. The way ahead was blocked, and no barrelling through would solve that. I screeched to a stop. “Shit.” I looked left and right, thinking hard about the drawings I’d glanced at ten seconds before entering the lab. Screw Brent and his demands for being well-prepared. I had no doubt my name, Callen, was already a regular curse from him. This would simply give him more ammunition. It was better than him seething my surname, Blackheath, I supposed, but still, ten seconds of my eyes roaming over the layout was as good as studying in my world.

Before I could figure out my next move, a small scrape of metal to my left had me turning in that direction. I seriously hoped I wasn’t racing towards more flames, but the sound was distinctive, controlled.

On reaching a hallway I didn’t recognise, I stumbled. “What the hell?” At the end of the darkened hallway was a glass door. While smoke spiralled through the space, it wasn’t as black, the fire not yet having reached the area. I crouched low to avoid the white smoke, my eyes focussed on the hand scratching against the glass door. Blood smeared with every gentle swipe, the movement slowing down.

No one was supposed to be here. Ignoring the fact that Cartwright had blown my half-arsed recon out of the window and taken me by surprise, there seriously shouldn’t have been anyone else on site. An unfamiliar edge of panic flared to life in my chest. This was not good.

I charged towards the glass, stopping short of barrelling into it to try the handle. It wouldn’t have been the first time I’d broken down a door unnecessarily. I didn’t want to crash through a glass door unless I had to. While I healed quickly, shards of glass cutting through my skin still hurt something fierce.

Testing the handle with one hand, I hit the glass lower down, trying to get the attention of the person attempting to get out. Their bloody hand peeking out a white lab coat twitched at the loud thud. “Shit,” I grumbled. The door was locked. “Hey.” I beat against the glass panel harder. It was partially misted for privacy, and visibility was unclear. Unable to tell who was on the other side or whether the smoke had breached the room from another direction, for once, I considered my options.

“Hey.” I tried again, my hand smacking the glass harder, not yet intending to break through. “Can you hear me?” Steadying my breath took concentration, but I needed to listen carefully.

I searched quickly and found a panel off to my right. “I need the code.” Each word came out calm and clear. Panicking now could possibly get us both killed.

“Five.” A cough wracked through him, loud and sounding painful. I squinted, wondering what the hell this guy had been through. “Two. Seven. Seven. Four. Nine.”

I hit the numbers as he said them.

“Hash,” he finished, and the door clicked, swinging open when the guy fell against it. He landed on the floor.

Unconscious at my feet, the man was sprawled on his front. I tugged him to the side. With no idea where we were, I couldn’t simply throw the guy over my shoulder and start charging around, hitting dead ends and burning doors wherever we went. Decision made, I cast a quick glance at the man. Wet blood covered his rich black skin, but his moving chest indicated he was breathing. Barely. Christ, I hoped he didn’t die on me. After a final glance, I rushed into the unlocked room. Just because it had been sealed from the inside didn’t mean I wouldn’t be able to get through another exit.

A door on the opposite side of the room was my target. I headed straight there, spotting vials and another room off to my right. Before I reached the exit, the scent hit me. Blood, and it wasn’t from the unconscious lab tech in the hallway. I took a tentative step in the direction the scent came from, bile already churning in my gut.

Another step forward, and I held my breath, not wanting to believe it could be true.

Wide-eyed, I gasped for breath, then regretted the action immediately. Metallic, familiar, and dead. The combination of the three threatened to buckle my knees. Unable to look away, I stared hard, hating every second. But I had to do this. Flesh, torn muscle, mutilated claws; the image seared itself into my mind. Once there, a shockwave of pain ripped through me.

This time I let my knees go and landed on the floor, my knee finding the blood the same shade of my own. It was her. Hazel. My baby sister. 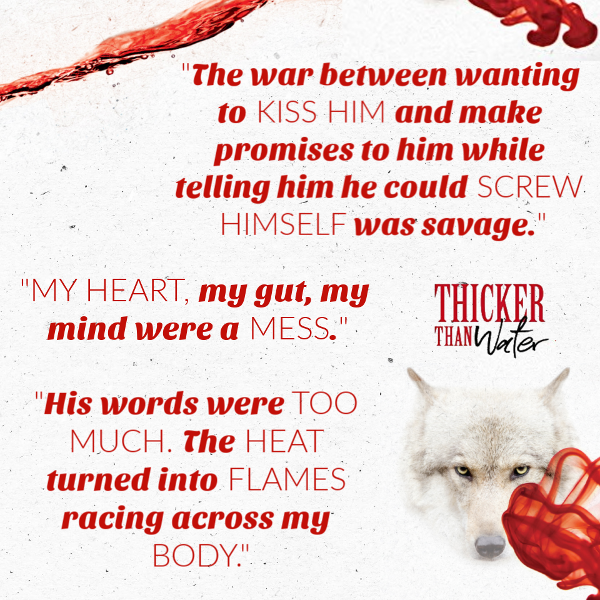 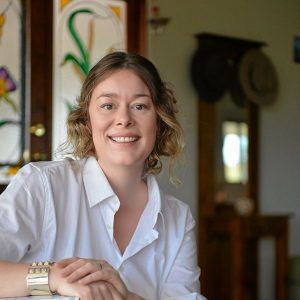 Becca Seymour lives and breathes all things book related. Usually with at least three books being read and two WiPs being written at the same time, life is merrily hectic. She tends to do nothing by halves so happily seeks the craziness and busyness life offers.

Living on her small property in Queensland with her human family as well as her animal family of cows, chooks, and dogs, Becca appreciates the beauty of the world around her and is a believer that love truly is love.