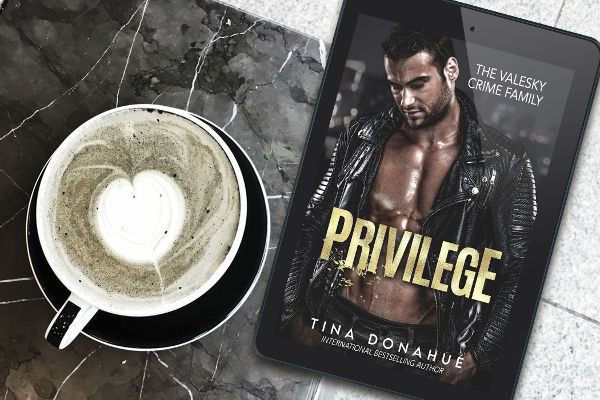 She’ll destroy the mobsters who murdered her brother… unless they kill her first.

District cop Lia Blosky warned her twin brother not to get involved with the Valesky Crime Family. He didn’t listen. Now, he’s dead, tortured horribly before mobsters murdered him. Out for blood, she’ll do anything to see these monsters dead.

FBI Special Agent Adrian Kalin is connected to the Valesky Family in a way he loathes and doesn’t want. His stepfather rules the syndicate and is tired of Lia threatening to kill him and others responsible for her brother’s death. To shut her up for good, he orders Adrian to murder her. Who better than an FBI agent who has no connection to her and knows how to hide evidence?

END_OF_DOCUMENT_TOKEN_TO_BE_REPLACED

The Right To Remain Silent

He never expects to find her there…

Officer Quinten Blackthorne is working undercover to bring the Rudnikov Mob Empire to its knees. He never expects to find his best friend’s baby sister, Becca, in the center of a powder keg situation at the infamous mobster’s home. With her life on the line, he does the only thing he can think of to save her – he pretends that she’s his fiancée, who knows nothing of his clandestine activities with the criminal enterprise, and stands as her stalwart protector.

END_OF_DOCUMENT_TOKEN_TO_BE_REPLACED

In the aftermath of the devastation from her failed marriage, Phoebe returns to her old stomping grounds to open her own bed and breakfast. Starting over is the bravest thing she’s ever done – or so she thinks. But opening her front door to find a blast from her past on her front porch changes all that. The teenager she’d once known has become a jaw-dropping, dominant man in his prime.

He wasn’t looking for a relationship until she blazed back into his life.

END_OF_DOCUMENT_TOKEN_TO_BE_REPLACED

Playing with power can land a girl in all sorts of trouble with her man, as six ladies soon discover. Whether she’s a witch who disobeys the no-magic rule, a fairy making lust cakes, an amateur sorceress casting a spell on her boyfriend, a victim of an enchanted necklace, a revenge fairy messing with a deity, or a pleasure fairy abusing her abilities…

Once they’ve experienced the sensual consequences of playing with their magical powers, can these ladies find their happily for now with a hint of forever? Or have they spoiled their chances?