Coming out is never easy, no matter how old you are. When you’re young, you rely on your parents to provide and care for you, and when you’re older, it feels like you’re going to completely change the way people view you.

In his story, Isaac is confronted with a choice: come out to his parents or not be able to move in with his long-term boyfriend, Logan. While he definitely wants to live with Logan, coming out to his parents is easier said than done. He no longer relies on them for food and a roof, but as he repeatedly says in the story, they are his family. He was raised that family is important, vital even, and it’s hard for him to wrap his head around the idea of potentially losing them.

Once you meet Isaac’s family, you might wonder why he wouldn’t love to cut them from his life, but for Isaac, it’s his family and there’s nothing that can replace it. At least, that’s how he’s been raised to think. Do you think Logan can change his mind?

END_OF_DOCUMENT_TOKEN_TO_BE_REPLACED

For all you fellow pantsers out there, here are ten things I didn’t know about my plot when I started writing my Book of the Watchers trilogy:

1) I didn’t know that my sweet, innocent heroine Milja was going to turn out to be a D/s switch;

2) I didn’t know which of my three protagonists would still be alive at the end;

3) I didn’t know that Satan would show up, nor that he’d be a major character;

4) I didn’t know what angels looked like when they weren’t in human form;

END_OF_DOCUMENT_TOKEN_TO_BE_REPLACED 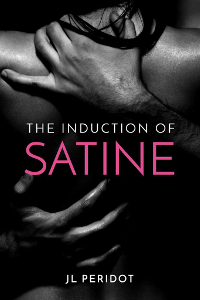 My point is I don’t need a fully developed background to appreciate a good sex scene.

END_OF_DOCUMENT_TOKEN_TO_BE_REPLACED

Over the years, I’ve turned down several short story contracts (some rather lucrative) because they included language acquiring all rights, in all formats, in perpetuity for a flat fee. Frankly, I can’t understand why authors sign these contracts, especially when, as is often the case, the dollar amount is quite low. Apparently, too many authors get so excited about being accepted for publication that they don’t read contract terms carefully. Or they read the terms while making assumptions about how a publisher operates (or used to) and incorrectly interpret the contract language based on those misconceptions.